How Many Hairs Should You Lose a Day? 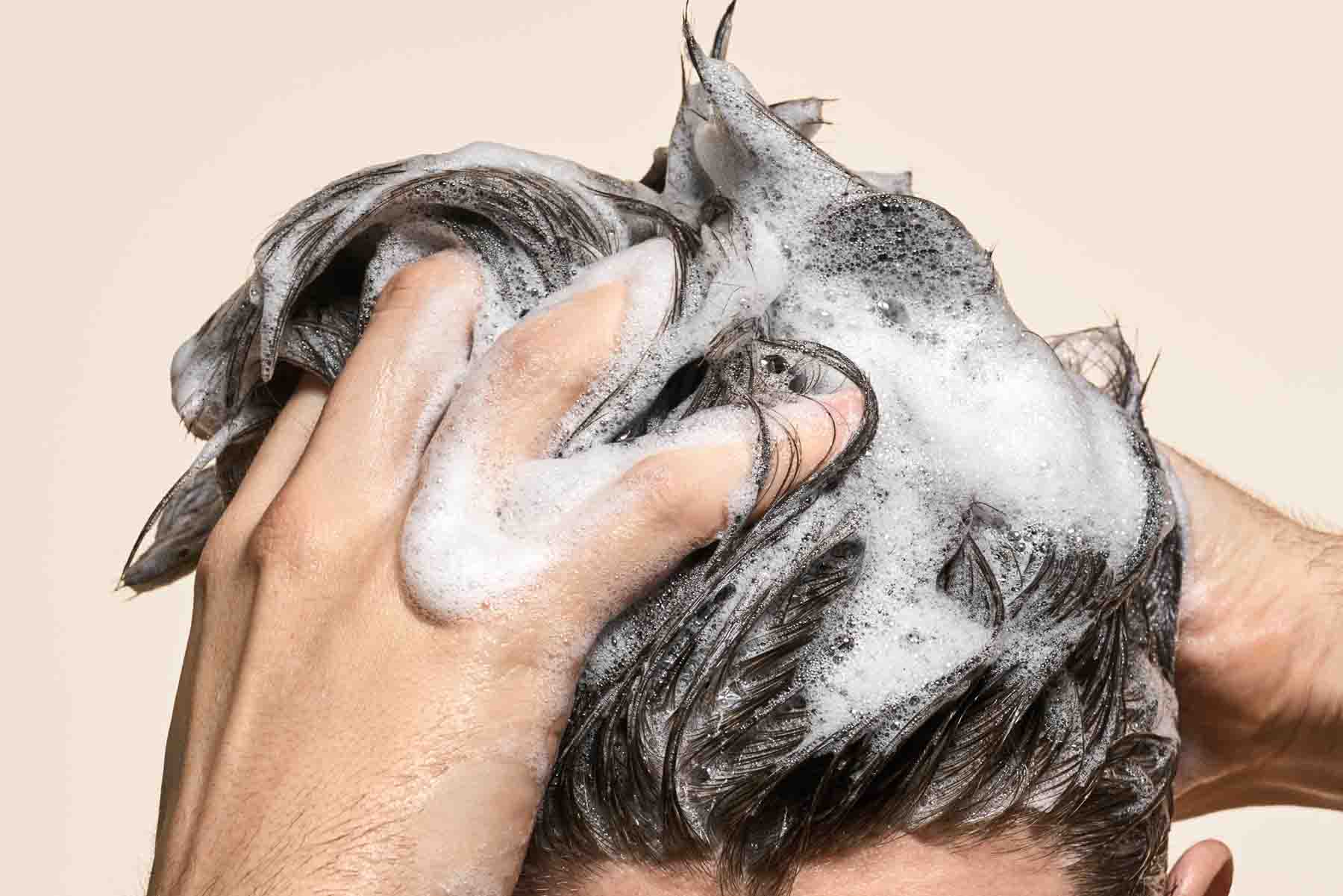 It’s easy to panic after noticing a large clump of hair strands on your pillow, in the shower drain or elsewhere in your home.

While shedding some amount of hair is normal, shedding an abnormally large amount of hairs during your sleep or after you wash your hair could indicate that you’re going through the early stages of male pattern baldness.

On the other hand, it’s often easy to misinterpret normal, healthy hair loss as a warning sign of permanent hair loss.

Below, we’ve explained how many hairs you should lose over the course of a typical day. We’ve also explained how hair loss works, from the natural life cycle your hairs go through to how your hair starts to behave if you’re prone to genetic/androgenic male pattern baldness.

How Much Hair Should You Lose Per Day?

Estimates vary as to how much hair loss is normal and not a sign of male pattern baldness (or, in some cases, other health conditions that can cause hair loss). However, most sources agree that shedding between 50 and 150 hairs per day puts someone in the normal range.

For example, the American Academy of Dermatology states that it’s normal to shed between 50 and 100 hairs per day. Other sources state a larger range — in a 2009 review, researchers concluded that anywhere from 10 to 250 hairs is a fairly normal estimate for daily shedding.

This hair loss is a totally normal and natural part of your hair’s life cycle. Assuming your follicles aren’t affected by male pattern baldness, every strand of hair you shed should be replaced by a new one as the follicle moves through its life cycle (we’ve explained this in more detail below).

If you style your hair, you might lose slightly more than your peers. This is particularly common in women, of whom about 40 percent might experience some degree of excessive hair shedding as a result of things like brushing and using styling products.

Although the study above focuses on women, the same rules apply to men. If you style your hair aggressively or brush often, you might lose a few extra hairs per day.

More hair... there are treatmetns for that

Your Hair’s Growth Cycle and Shedding

Just like your skin, your hair follicles undergo a continuous cycle of growth. As part of this cycle, new strands of hair move from a growth phase into a detachment phase, after which the follicle produces a new hair to replace them. The cycle itself involves four stages:

Hair shedding occurs during the exogen — or shedding — phase of the growth cycle. Since there’s a new hair actively growing from the follicle to replace the old hair, this type of hair shedding won’t harm your hairline or cause any noticeable signs of baldness.

Hair shedding is a normal, natural part of your hair’s growth cycle. Male pattern baldness, on the other hand, is the result of certain androgen hormones produced by your body causing your hair follicles to become miniaturised and incapable of producing new strands of hair.

Dihydrotestosterone, or DHT, is the main hormone responsible for hair loss in men. If your hair follicles are sensitive to DHT, this hormone can bind to receptors in your scalp and cause slow, gradual damage to your hairline, crown and other areas of your scalp.

Sensitivity to DHT is primarily genetic, meaning that not every man is equally likely to lose hair as a result of DHT. We’ve covered this topic in more detail in our guide to DHT and male pattern baldness.

While normal hair shedding shouldn’t affect the appearance of your hair, the hair loss caused by DHT tends to affect some areas more than others.

For example, if you’re prone to male pattern baldness, you might notice the hair strands around your hairline falling out in large numbers. It’s also common to lose hair from areas such as your crown, as well as around your temples.

In short, while normal hair shedding usually doesn’t affect the appearance of your hair, hair loss caused by DHT and male pattern baldness normally occurs in a recognisable pattern.

How to Prevent Male Pattern Baldness

As we’ve explained above, it’s normal to lose a small amount of hair every day. However, if your hair loss occurs in a clear pattern and results in a noticeable change in your hairline, it’s likely a sign that you’re balding.

It’s easier to prevent hair loss than to regrow hairs you’ve already lost. This means that if you’re worried about losing your hair and want to stop it from getting worse, it’s important that you take action as soon as possible.

Finasteride is the most effective treatment available for preventing hair loss from male pattern baldness. It works by inhibiting the production of DHT, the hormone that causes hair follicles to miniaturise, within your body.

Using finasteride is simple. The medication comes in tablet form and needs to be taken daily in order to be effective.

Studies show that finasteride works extremely well. In a 1998 study, 83 percent of men with hair loss who used finasteride stopped losing hair over two years of treatment, and 66 percent of the men involved in the study even regrew some of the hair they previously lost before using the medication.

Our guide to what happens if you stop taking finasteride for hair loss goes into more detail on how finasteride works, as well as why it’s so effective at preventing male pattern baldness from worsening.

Minoxidil is a topical medication that works by increasing blood flow to your scalp. This helps to stimulate your hair follicles and encourage healthy hair growth, potentially allowing you to grow some of the hair you’ve lost as a result of male pattern baldness.

Unlike finasteride, minoxidil is not a hormonal medication, meaning it doesn’t prevent your body from producing DHT. Many men with male pattern baldness use finasteride in combination with minoxidil to inhibit DHT production and stimulate local hair growth at the same time.

While finasteride and minoxidil are the treatments that typically have the biggest impact on hair loss, they’re far from the only options available. Other treatment options for hair loss caused by male pattern baldness include:

Our guide to reversing the signs of baldness goes into more detail on these treatments, as well as other options for slowing down hair loss and restoring your hairline.

What’s the “Safe Amount,” and What Can You Do?

While it’s completely normal to lose between 50 and 150 hairs per day, it’s worth taking action if your hair loss is starting to have a noticeable effect on your appearance.

By using proven, science-backed treatments such as finasteride and minoxidil, you can prevent yourself from losing more hair, all while potentially regrowing hair in the areas of your scalp that have already been affected by hair loss.

Dealing with hair loss can be a stressful, challenging process. Our guide to the treatments currently available for baldness goes into more detail on what you can do to stop hair loss, regrow the hair you’ve lost and end the effects of male pattern baldness for good.

Want more info on how to keep the hair you have? The hims blog is your answer.