Do You Have a Receding Hairline? 4 Ways to Know 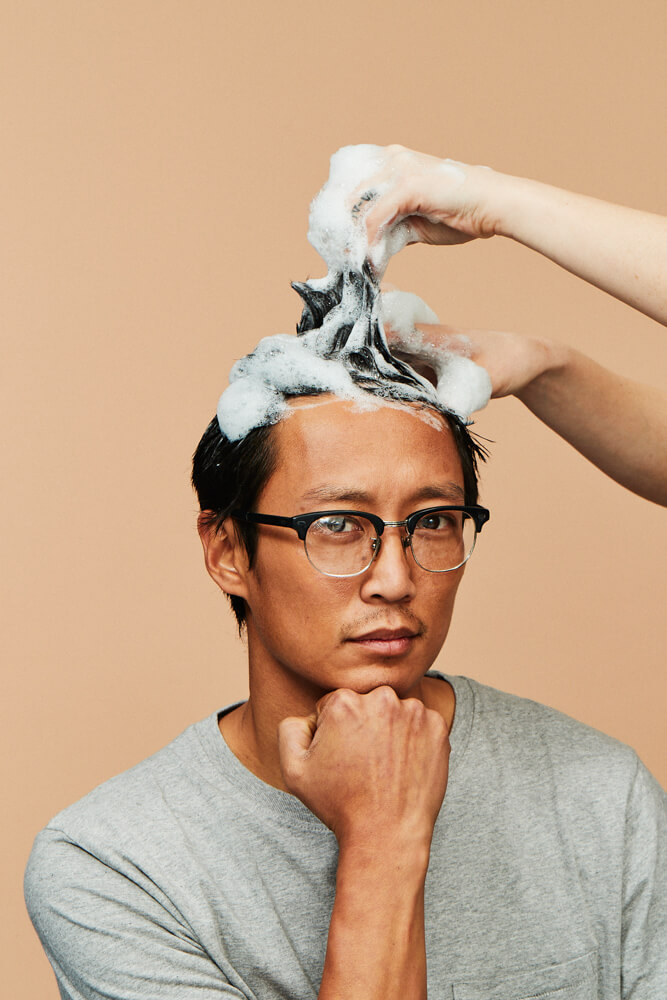 For the rest of us, there will come a time when our hair starts to thin and our foreheads start to expand. In the beginning stages, we might brush it off and tell ourselves that our hairline was always that high. "That widow’s peak was always there," we’ll think to ourselves as we refuse to believe that hair loss could happen to us. After all, our fathers and grandfathers weren’t bald.

The problem with denial is that it sets you up for failure. Yes, accepting that you’re experiencing male pattern baldness is stressful, but it’s something that happens to the best of us. And when you’re able to recognise the symptoms and take a proactive approach to hair loss, you then have a better chance of preventing that receding hairline from growing – and in some cases, you could even get the hair back that you lost. These days, there are many different treatment methods that can help you keep your full head of hair. But before you can do that, you need to know what to look for.

A Receding Hairline Causes Your Hair to Act Differently

You know how to manage your hair better than anyone else. You know where every little cowlick’s located or which direction to brush your hair. However, the slightest bit of hair loss can completely change the way your hair behaves. If that cowlick has suddenly disappeared or your hair isn’t styling the way it used to, it could be a sign of hair loss.

Help put a stop to that receding hair line

Spotting Thinning Areas in Your Hair

Many men start developing a widow’s peak as their hairline starts receding. Instead of losing hair evenly across their head, the right and left corners of the hairline begin to thin the most, creating a hairline that eventually leaves a horseshoe-shaped balding pattern.

When brushing or styling your hair, spend some time looking at the corners of your hairline to see if they look thinner than usual. If so, your hairline could be receding.

Just because you find your hair lying around the house doesn’t mean that you’re balding. After all, the average person can shed between 50 and 100 hairs a day. It’s not until you notice an unusual amount of hair in your hairbrush or shower basin that you should start to think about hair loss. Still, it’s good to make a mental note of whether you’re shedding more hair than usual or not. Because if you are and your hair isn’t styling the way that it used to, you could be in the early stages of hair loss.

Take a Picture of Your Hairline

Nipping hair loss in the bud requires a proactive approach. The earlier you take action, the better your chances are of preventing that receding hairline from growing. Keeping track of our hairline’s regression is easier said than done, though. We see ourselves in the mirror every day, so the change is so gradual that it often slips under the radar. If you’re unsure whether you’re losing your hair or not, take a picture of your hairline and compare it with older photos. You’ll be able to know if your hairline is actually retreating … or if you’re imagining things.