Alopecia Barbae: Why Beard Hair Loss Happens and How to Treat it 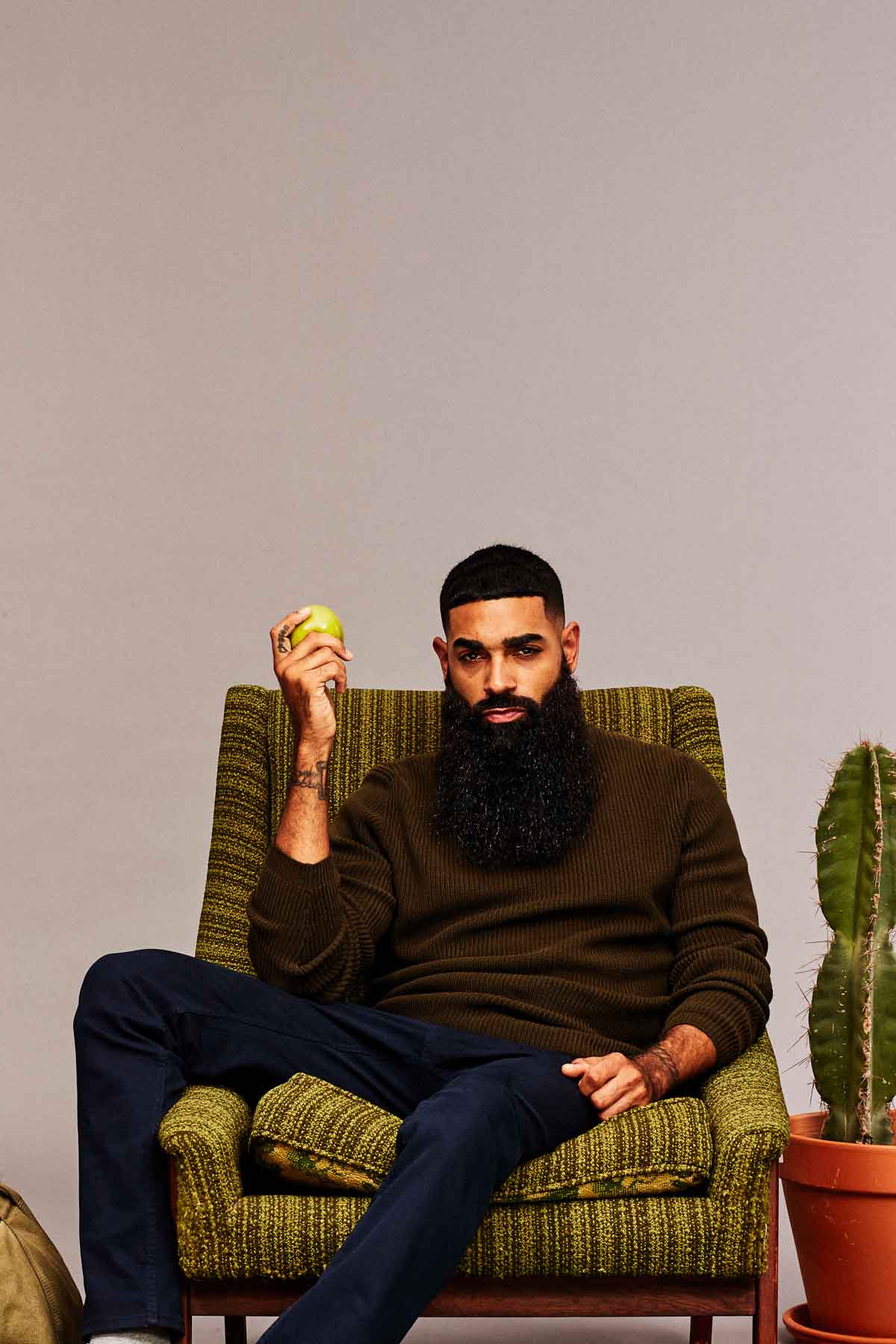 Think of hair loss and you’ll usually visualize a receding hairline, thinning around the crown or diffuse hair loss that affects the entire scalp.

However, not all hair loss affects your scalp. Alopecia barbae, an autoimmune condition, can cause you to lose hair from your face, resulting in hairless patches where you would normally grow facial hair.

Alopecia barbae is a form of alopecia areata, an autoimmune disease that damages your hair follicles. Below, we’ve explained exactly what alopecia barbae is, why it happens and how you can treat hair loss that affects your moustache, beard and other facial hair.

What is Alopecia Barbae?

Alopecia areata is a form of autoimmune hair loss. Unlike male pattern baldness, which usually causes your hair to fall out in a specific pattern (for example, a receding hairline or bald spot on your crown), alopecia areata causes you to lose hair in small, unusually-shaped patches.

Most of the time, these patches are about the size of a coin, although they can be much larger.

Normally, alopecia areata causes you to lose hair in patches from your scalp. Alopecia barbae, on the other hand, affects your beard. If you’re prone to alopecia barbae, you might notice hair loss on your cheeks, chin, neck and around your upper lip.

Hair loss from alopecia barbae typically occurs in small patches. You might notice one or more coin-sized patches on your jawline or on your neck with either thin facial hair or no facial hair at all.

In some cases, alopecia barbae can even cause you to lose all of your beard hair, although this isn’t common and typically only occurs after patchy hair loss.

Hair loss from alopecia barbae isn’t always permanent. However, it’s quite common for this type of hair loss to occur on-and-off over the course of several years, with hair regrowing and falling out again in certain patches.

Why Does Alopecia Barbae Occur?

Just like alopecia areata, experts aren’t completely sure why alopecia barbae occurs. However, there are a few things that are believed to be potential risk factors and triggers:

Although it’s not yet confirmed, experts believe that alopecia areata and alopecia barbae could be triggered by an external, environmental factor, such as stress or an injury.

Most of the time, hair loss from alopecia barbae occurs over the course of several weeks, with the patches similar in size to a quarter. It’s often preceded by itching in the areas of your beard that lose hair, as well as irritation and redness.

Like alopecia areata, it’s common to get “exclamation mark” hairs with alopecia barbae. These are small, short hairs that are narrower at the bottom than at the top, which grow in and around the bald patches.

Alopecia areata can affect people of all ages, including children. Since alopecia barbae affects the facial hair rather than just hair on the scalp, it only occurs in men old enough to grow facial hair.

How to Treat Alopecia Barbae

The first step in treating alopecia barbae is diagnosis. If you’ve noticed bald spots developing in your beard, it’s best to schedule an appointment with a dermatologist. They’ll usually be able to diagnose alopecia barbae by extracting and analyzing your hairs or through a skin biopsy.

Doctors often prescribe several medications at once to treat alopecia barbae, as well as other forms of autoimmune hair loss.

Treating alopecia barbae can be a slow process. It can often take several months before the condition improves. It’s not always possible to restore all of the hair you’ve lost, meaning you might have some persistent bald patches even after treatment.

It’s also common for your hair to grow back in a slightly different color or texture, or to have a different level of thickness than it did before.

If you have persistent bald areas after you’ve treated alopecia barbae, it’s usually possible to restore these areas of your beard through surgery. Using the same extraction techniques used for a scalp hair transplant, a doctor can transplant existing hairs to your beard.

Like a scalp hair transplant, this is not a cheap procedure. Expect to spend several thousand dollars — at least — to fill in a significant bald patch. However, the results are natural-looking and permanent, allowing you to fully restore your beard if other treatments aren’t effective.

So, What Have We Learned?

As a form of alopecia areata, alopecia barbae isn’t a very common cause of hair loss. If you notice patches of your facial hair starting to thin, the best approach is to schedule a meeting with a dermatologist.

Like other forms of hair loss, the earlier you treat alopecia barbae, the higher your chances of regrowing the hair you’ve lost. Depending on the severity of your hair loss, your doctor might recommend one or several of the treatment options listed above.

Looking for more hair care and grooming tips from men who know? You know what to do.