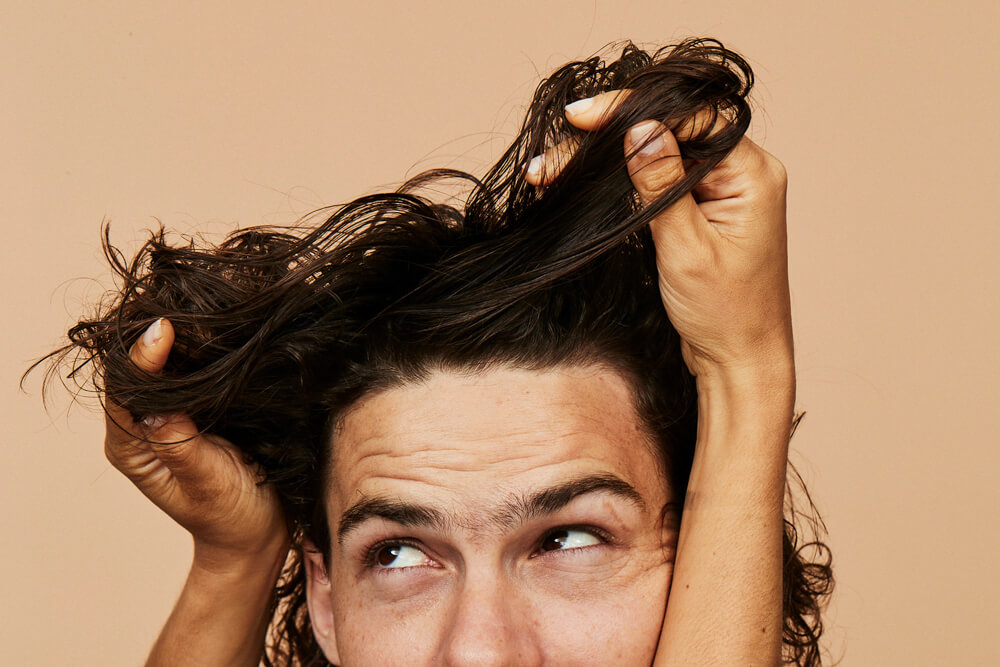 Hair loss is something that happens to the majority of men at some point in time. Despite the fact that most of us have a slim chance of keeping the same head of hair throughout our lives, we still cling to the idea that hair loss won’t happen to us. Unfortunately, this denial makes it more difficult to stop male pattern baldness from claiming most of our hair.

We refuse to accept the signs of thinning hair and live in a constant state of delusion until that critical moment that we look at ourselves in the mirror and notice that half our hair is gone.

Do you want to know why it’s hard to treat the average guy in his 20s for hair loss? Because most people have a hard time believing that male pattern baldness affects young adults.

The notion that only middle-aged men experience baldness isn’t only false, it’s damaging. It causes 20-year-old men to feel self-conscious about their hair loss, meaning that most of them refuse to confront the reality that their hair is thinning. Accepting this reality is the first step towards preventing hair loss from accelerating and getting worse.

To Prevent Thinning Hair, Men Need to Be Proactive

This is probably the most common sign that your hair is starting to thin out. The receding hairline usually starts out as something small – maybe the hair around your temples gets a little bit thinner than the rest of your hair, or your forehead is a centimetre taller. At first, it’s not that big of a deal. But when you leave the receding hairline unchecked, it usually continues to grow until it creates a large M-shape pattern in the hair. To learn more about spotting the different stages of male pattern baldness, have a look at the Norwood Scale.

A few years back, your hair was so thick that we could barely see your scalp. But these days, parting your hair leaves a noticeable gap that everyone can see. This is because you’ve lost some of the hair in your crown area, effectively losing some of your hair’s volume. The problem is that you never really know how much thinning is going to happen. For some men, it could just be a little bit of shedding. For others, their hair could continue thinning until there are large bald patches.

Thanks to science, hair loss can be optional

Your hair doesn’t hold its style the same way

Let’s face it, there are only two reasons why your hair isn’t styling the same way it used to: you’re putting relaxers or different hair care products in it, or you’ve lost so much hair that it sits differently on your head. If you’re having problems getting that hairstyle that you’ve always had, you may be losing more hair than you think.

You notice hairs lying around

While it’s true that we all shed hair, if you’re experiencing male pattern baldness then you can expect a lot more hair to be falling out. Check your combs, hair brushes, shower drain, and pillowcases for hair. If you see more than the usual strands lying about, you’re losing your hair.

Your scalp is prone to sunburn

The benefit of having a thick head of hair is that the top of your head stays protected from UV rays. But once your hair starts thinning and you begin to lose that protection, you’ll find that your scalp is more susceptible to sunburn. If you’re not spending more time outdoors than usual and your scalp is becoming more sensitive to the sun, you could be losing some of your hair.

It's important that you keep a lookout for these signs of thinning hair so that you'll be able to spot male pattern hair loss before you lose most of your hair. The good news is that there are a number of treatments available that can stop and, in some cases, even reverse hair loss. Talk to your doctor to find out what could work for your hair loss.